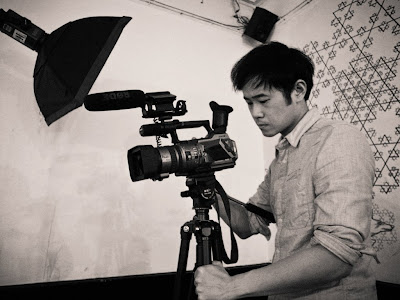 A Handsome Devil With A Cigarette

When opening curtain, she saw a young man standing outside.
It was a rainy morning. No one else's up except for her. The young man was in a fit black suit in dribbling rain without umbrella or raincoat. His facial expression remains extremely calm. As if he's going to go to a funeral, or just back from one.
A few minutes past, he's still standing still.
This scene panicked her. Not only due to the fact that seeing an unusual person in an unusual moment, but also the dream she had last night was exactly like this.
In her dream, she saw a killer walking out of a hotel where room 246 lay a dead body. The killer looks like devil as Joe Black kind, charming, graceful but possesses no emotion. After taking that person's life, he wanders to a parking lot where happens to belong to her. He stands there and looks at her window. It starts to rain.
The dream was unable to last longer, then she woke up. That is to say, she witnessed a murder in her dream, and now it jumps out as a real story.
It doesn't make any sense to her.
Until she scrutinised his face, which equips the same charming and emotionless facial features. She couldn't help but shiver like a soaked cat.
However the storyline did not end here as her dream did.
She noticed he had noticed her observing him. The young man in black started walking toward her window, in a slow, graceful, resolute pace. Her heart's almost jumping out of her chest. She had no idea what to do.
Scream or run away? Or both?
When that young man stood right outside of her window, she neither screamed or ran away.
She stayed.
He opened the window and smiled to her. In the meantime his right hand reached to his blazer's inner pocket to search for something. Her brain was entirely blank, she seemed to smell death.
A cigarette was taken out from his inner pocket, not anything she expected.
"Do you have a lighter?" Young man asked politely.
"No..but I have a candle."
She took a burning candle next to the bed, holding in front of his face. He put the cigarette between lips then lit it up.
"If you don't have any lighter, how you manage to light up candles?"
The young man inhaled the cigarette deeply, and then threw a question together with smoke from his smiley mouth.
Before she answered, he spoke again.
"It's OK, I don't need to know. Just like you don't need to know what I have done."
"What have you done???"
She couldn't help but ask. He ignored the question as if he did not hear it. After that he turned away and started walking.
"Catch you later in dreams."
He left nothing but this sentence and disappeared in the rain.
PS.
This story is inspired by Wong Kar Wai
http://www.wkw-inthemoodforlove.com/eng/TonyRoom/notesOnMusicWKW2.asp
作者： 林佑學 位於 2:36 AM 1 comment: 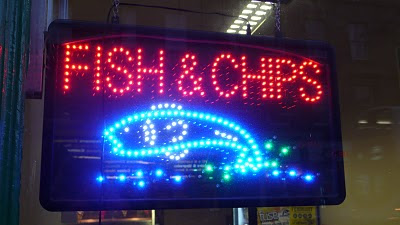 聽到我說沒現金，非常積極的說：My friend, there's hole-in-the-wall opposite the street. Go there and come back soon. 原本就懶得提款的我，加上被如此指使，便有種想出門就落跑的打算。過了街回頭看，老闆竟然跑出店門口看著我，似乎看穿我心思似的。心一軟，念頭一轉，提了錢便乖乖回店裡。土耳其大叔見我進門，滿意的說了句：Welcome back, my friend. 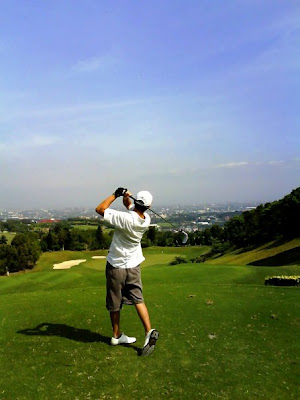 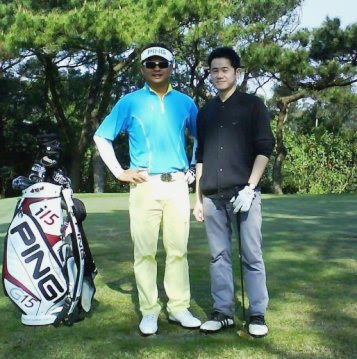 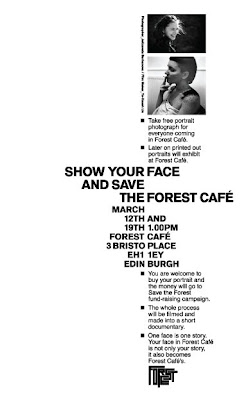 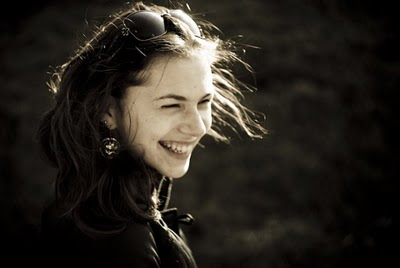 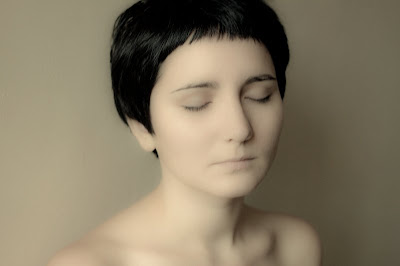